Ottoman studies are at the core of our team, considering the foundational role that Ottoman historians played in establishing the current CETOBaC.

During his tenure at the Collège de France from 1999 to 2013, Gilles Veinstein was committed to renewing the library of Arab, Turkish and Islamic studies. The library remains at the Institute of Civilizations of the Collège de France under the supervision of Nicolas Vatin and in close collaboration with Edhem Eldem, who holds the international chair of ‘Turkish and Ottoman History’ at the Collège from 2017 to 2022. Its acquisitions concentrate on 14th to 19th century Ottoman history.

_ At the CNRS, François Georgeon was responsible for the requalification of the team in 2002 into a joint research unit (UMR), which expanded the scientific resources available to the researchers. In 2010, Nathalie Clayer brought together various components of the UMR to create the CETOBaC.

Ottoman studies conducted within the research center are a legacy of this incremental institutionalization and guided by three major principles:

—A concern for the study of archival documents, using a sophisticated philological approach.

— A strong interest for the multiplicity of languages and peoples that composed the Ottoman world.

— The practice of a ‘history from below.’

The research in Ottoman studies conducted by members of the CETOBaC is rooted in these three principles, enriching each area of specialization throughout the years. The authors of these works aim to study the Ottomans ‘from within’ or to open up new areas of inquiry for a compared imperial history.

Language, translation and transliteration of archives

Nicolas Vatin and Elisabetta Borromeo are currently exploring the CETOBaC’s interest in languages and in the study of archival documents. Their joint work on the archives of the bailo of Venice hopes to take advantage of the presence of translations in Italian of Ottoman documents to evaluate their quality and understand their methods and purposes.

The work led by Michael Ursinus and Elias Kolovos on bilingual documents in Turkish and Greek conserved at the Saint John monastery in Patmos aims to illuminate local governance practices, such as those undertaken in Rhodes, and their evolutions from the 16th to the 19th centuries.

The role of translation in the production and dissemination of knowledge is also studied by Marc Aymes in his research on the 19th century Ottoman ‘translation offices.’

The study of institutions and justice (law, state and political communities) will remain a strong point of the CETOBaC. Its continued interest in imperial institutions and in state-society relations is illustrated by the forthcoming publication, under the supervision of Elisabetta Borromeo, of Gilles Veinstein’s lecture on ‘the Porte’s slaves,’ given at the Collège de France in 2008-2009.

Questions of law and justice are tackled through the study not only of norms but also of practices. Işık Tamdoğan, with Yavuz Aykan, will pursue her research on Ottoman justice, looking at the question of the role of ‘political communities.’

Hayri Gökşin Özkoray currently studies the various regimes of bondage in the Ottoman Empire in the 16th and 17th centuries, notably the legal status of individuals and the link between enslaved labor and paid work.

The different inclinations of social ties represent an established topic of research among Ottoman historians of the CETOBaC. François Georgeon conducted research on sociabilities in the 1990’s; he is now completing a book on the consumption of alcohol in the Muslim world (Boire en terre d’islam) and leading a collective research project on humor and laughter in the Ottoman space.

Following Georgeon’s work on how ‘young’ were the Young Turks, Andreas Guidi is studying trans-generational sociabilities in early 20th-century Rhodes.

Marie-Carmen Smyrnelis pursues her work on mobility, identification and spatial relations in the 19th-century Mediterranean by exploring private and family archives.

On the topic of communities within the Ottoman Empire, Benjamin Lellouch explores the Jewish world via a long-term research on the relationship between Ahmed Paşa and Jews. In the same vein, Elisabetta Borromeo continues to look at the ambiguous status of Jesuits, and whether they were subjects of the Ottoman sultan, of the pope or of a Catholic power.

Finally, the Albanian question is at the core of the biography of Şemseddîn Ṣâmî that Nathalie Clayer is currently endeavoring.

The idea of Ottoman modernity (19th to 20th centuries)

Erdal Kaynar, Özgür Türesay and Barış Zeren approach the question of modernity through various domains (intellectual history, political vocabulary, circulation of ideas), allowing for a reflection beyond the Ottoman region.

Frédéric Hitzel and Timmur Muhidine are currently conducting research on the cultural history of Istanbul under allied occupation (1918-1923), with a renewed perspective on texts and pictures produced by artists and witnesses of the occupation from vastly different origins and cultures.

Nikos Sigalas’s work deals with the concepts and practices of power, the violence of war, religious authority and communities.

Ece Zerman pursues her research on ego-documents, which she extends to communities other than the Muslim population of the Empire. Her research especially takes into account corporal practices and representations of the body.

The project on Ottoman historical semantics or the ongoing workshop The Ottomans from Within, initiated by Nicolas Vatin (2017-2018) have been the main collective meeting points of all these research projects. They contribute to diffusing our philological knowledge to a broader audience of non-specialists interested in history. Elisabetta Borromeo and Nicolas Vatin endited the ensuing collective volume (published by Les Belles Lettres), which gathers works completed during the workshop, with the help of the editorial board (Marc Aymes, Güneş Işıksel, Benjamin Lellouch). Hayri Gökşin Özkoray will take over this year, with sessions on documents relating to the history of emotions.

Gender and Politics in Contemporary Turkey

Journée(s) d'étude - Lundi 16 mai 2022 - 14:00The international workshop “Gender and Politics in Contemporary Turkey” features the most recent research in the domain of women’s political representation and the transformation of the gender regime in Turkey. The workshop is spearheaded by Cetobac- (...)(...) 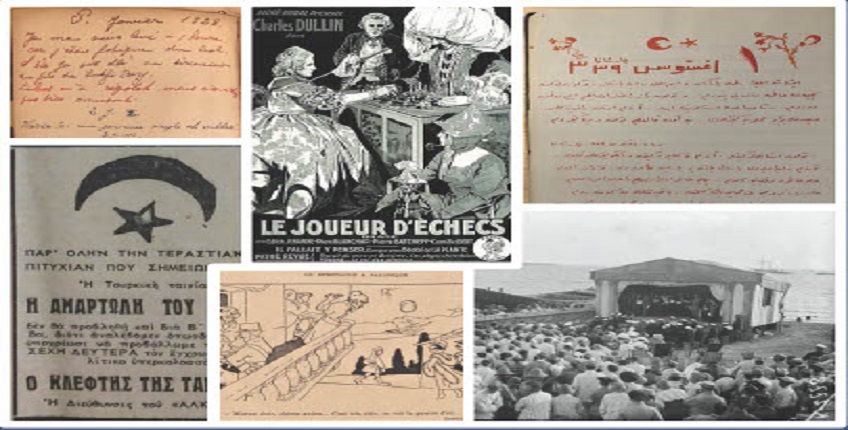